Are Atheists “Too Sensitive”? Let’s Flip the Question 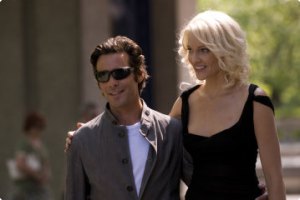 HotAir flags another unsurprisingly short-sighted move by American Atheists: petitioning to change the name of a street — “Seven in Heaven Way,” named for seven local firefighters who died heroically on 9/11 — because it apparently signifies the State’s adoption of the Christian “Heaven” as an official public belief.

For once, HotAir is partially right! This is a ridiculous demand, for its tone-deaf effrontery to the majority, and its blatant misunderstanding of how thoroughly modernity has mainstreamed formerly religious words like “heaven.” (If you’re under any preconception about the routinization of religiosity, I give you DJ Sammy. Or, in the alternative, rewatch Battlestar Galactica, and remind yourself that a reference to “angels” could just as easily be an idiotic plot point as an invocation of Christian seraphim.)

But let’s flip the question, assume atheism qualifies as a unitary belief system, and ask whether other Americans are as overly sensitive about their belief systems, to wit, their religions.

Should we go on? How about creationism, and the apparently blatant offensiveness of Thomas Jefferson’s deism? Before talking about the delicate sensibilities of secular Americans, let’s consider just how quickly and thoroughly we cave to religious impulses.