Frontier Exceptionalism: Why Texas Solutions Won’t Work in the Upper 49, and Might not Work in Texas for Long 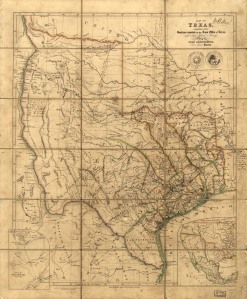 As frequent readers will know, I’m a big fan of Texas, but my affinity for the state’s culture, people, and natural beauty all stop at the state house. Texas’ reputation as a forge for statesmen (and women) is rightly deserved, but the current state government fails to reflect it. I was struck, then, to see Ross Douthat, in today’s New York Times, hold up the state as a beacon of successful conservative governance, in thoroughly un-Texan fashion.

Douthat’s thesis is a rather shoddy transcription of a set of articles in The Economist a few weeks back, which juxtaposed Texas’ ascendancy as a national powerhouse with California’s perennial difficulties. But Douthat’s analysis ignores the nuance that the Economist candidly acknowledged, and exaggerates the simplistic failings of The Economist’s titling, which billed its Texas vs. California comparison as proving the triumph of liberarianism over regulation, before expressly disclaiming that conclusion in the text.

Both The Economist and Douthat are wrong to attribute Texas’ continuing prosperity to the abscence of regulation. As any true Texan will tell you, Texas is sui generis, its successes more attributable to its own uniqueness than to its income tax-free economic model. In many ways, Texas is still a frontier. All its cities continue to expand to fill the still-sparsely populated regions outside of the Houston/Dallas/San Antonio triangle, keeping land cheap and plentiful; and its economy continues to benefit from the state’s energy resources, which have successfully insulated white-collar workers from the worst of the recession. It’s hard to deny these advantages, but it’s hard to attribute them to Republican voodoo economics, too.

And, the benefits of Texas’ economic model seem to inure almost exclusively to the benefit of the middle and upper classes — i.e., those who can afford to buy land, and pay for enough formal education to take advantage of its white-collar job opportunities. The picture is much grimmer for the state’s poorer citizens, who pay dearly for the state government’s conservative policies. The Economist sort of buries this point:

Texas has the highest proportion of people lacking health insurance of all 50 states; the third-highest poverty rate; the second-highest imprisonment rate; the highest teenage-birth rate; the lowest voter turnout; and the lowest proportion of high-school graduates. Mr Shapleigh is not surprised that these figures are so terrible: Texas spends less on each of its citizens than does any other state. Being a low-tax, low-spend state has not made Texans rich, though they are not dirt-poor either; their median income ranks 37th among the 50 states.

But Douthat ignores it altogether. Conservatives can take only partial credit for Texas’ economic successes, but they bear the full blame for the sorry state of the state’s poor. And you don’t have to take my word for it. Ask Bill Hobby, son of Texas legend, William P. Hobby, who sees balance, rather than retrenchment, as the answer:

If spending in Texas was at the national average the state could spend $23 billion more a year on education and human services. With that kind of money, plus the federal matching dollars it would bring, Texas could have several first-rate universities, strong public schools and community colleges, and health and human services that aren’t an embarrassment. For a prosperous future, you don’t want to be California or Texas. You want to be between the two.

Under continued conservative governance, these problems are likely to get worse, not better. Houston, though I love it dearly, remains an environmental nightmare. Looking towards downtown, even on a clear day, the skyline is shrouded in smog, a result of the city’s dismal public transport, and the lightly-regulated oil economy. While Texas benefits from the tax revenues provided by its many Fortune 500 corporate citizens, it was also the site of one of the worst corporate disasters in recent history (Enron). Admittedly, that’s federal law, but the point on the need for economic regulation is well-taken. And, although Texas’ present and future are increasingly secured by high-tech jobs — NASA, the Houston Medical Center, etc. — its far-right government actively frustrates science education in the state. Texas stands to lose its oil economy as America’s energy profile changes; the environmental damage will catch up with it; and it will, eventually, run out of empty space.

These problems will be solved by more, not less government regulation. The kind of regulatory indifference, which Douthat poses as the solution to all of America’s problems, will not serve Texas for long, let alone America at large. Contra Douthat, it’s long past time to “mess with Texas.”